Heya @Marcus, it’s 3daveP from Youtube. I finally got things working with the Manikin puppet:

I did the setup the exact same way on my rigid puppet and it seems to be working with all default settings untouched:

However, as soon as I reduce the Pose Stiffness to 0.1 the lower legs, feet and toes all break away from the rig:

Is there a way to lock the translations on those markers and only have rotations?

Heya @3Darce, glad you could make it.

Great progress, I think I can see the problem, and it’s related to the pivots of your controls. Especially knees and feet. Even with a high stiffness, you can tell they are getting some translation values. I think this is because their pivots aren’t where they should be, but rather are at the origin.

Pivots can end up at the origin when using Maya’s Freeze Transform and by editing the rotate pivot manually and dragging it to the origin. In this case, I would recommend using Ragdoll → Edit → Reassign for each control that looks off and reassign them to the equivalent joint underneath the control. The joint is more likely to have a correct pivot and should act the way you expect.

Once you record, animation will still end up on those controls, so from there things should just work.

Alternatively, you can delete selected on those controls and use Assign and Connect once more, but on the joints this time. Then retarget those joints to the controls you want to record onto.

As for why this happened in the first place, it’s unclear… Is this a rig you would be able to upload somewhere? Is it a public rig that can be downloaded? If so, I could take a closer look.

To debug this, try ticking the Draw Hierarchy attribute in the Solver, under Display. This will show you the “joints” of Ragdoll, and the pivots around which they rotate. I expect you’ll find some of them at the origin and that crazy red lasso should start to make more sense. You could try and edit the pivots of your controls and see if you can figure out what causes them to be away from the controls.

Hmm that’s really strange because all of the pivots/local rotation axis of the controls are snapped to the joint they’re controlling. All the pivots look correct to me: 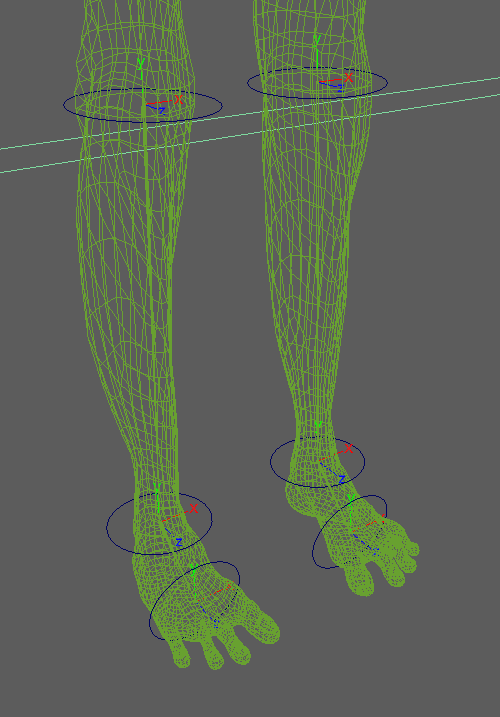 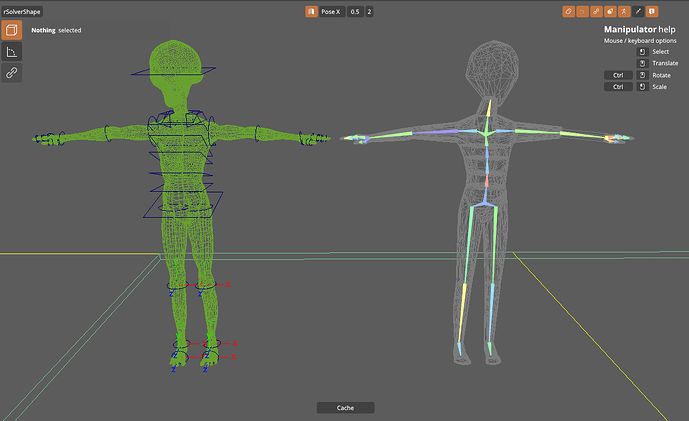 Will try connecting using the joints instead to see what happens

Hm, yes that does look correct.

If you can either send me this rig, or try and re-produce this in a new small scene and upload it here I could take a closer look.

It’s probably how I have the controllers setup if I had to guess. It’s a very basic/rudimentary setup I threw together to drive the mocap rig. I wouldn’t normally have controls on the rigid but if I needed to key the rigid it’s easier with the controllers instead of using joints. That said - it works connecting the markers to the joints!

Great, would it be possible to post mp4 video instead of gif? They’re a little easier to navigate and they take up less space too.

Other than that, the only remainder I can see is scene scale. The character looks taller than 20 cm, which is what Ragdoll assumes a character to be by default. Set your solver to Scene Scale = 1.0 for a realistic 200 cm assumption instead, and you should find a less moon-like appearance.

Ah yes sure sorry about the gif. And the scene scale definitely did the trick - thanks so much Marcus!