After much thinking, testing, redoing, re-thinking, and procrastinating… !

I was finally able to set up the New SENTINEL 2.0 and find a workflow that allowed me to transfer/ bake the Animation from RAGDOLL to the joints successfully.

Attach constraints helped a lot and improved the SetUp compared with my first prototype.

Thanks Jason and Marcus !

Looking really cool! You could now build on this and have the pincers and body get effected by the sim

Yeah… you are right Sir!

Recording /Baking / plotting porcess is a bit more long run and additional steps. Due that I am not a.script guy , I had to come up with a Manual /faster method tobake back and forward, reconent and repete the task.

Since I dont want to destroy / breakconnections of my rig, I need to keep my IK spline clean and conmected, so that’s why I created the clonned hierarchies and “parent cnstarint each joint”. These are my markers!.. but it seems that for Ragdoll to be able to apply the keys, no CNS must exist in the channels. (@marcus is this possible? ) , so this is what I do to Bake/plot the Ragdoll to my SetUp.

So it is kind of the system of Motionbuilder baking and switching beteewn skeletons.

I know … long run…! If I only knew script, will save myself some time and some clicks… but I am just an animator XD

-walk plan on those small arms and let the tentacles drag

, no CNS must exist in the channels. (@marcus is this possible? ) , so this is what I do to Bake/plot the Ragdoll to my SetUp.

If you when you were making your constraints use an animation Layer in the Constraint Options . When Ragdoll records it just places another anim layer on top and it just works… Might be something to do with how the constraint is being applied using the AnimLayer option 4 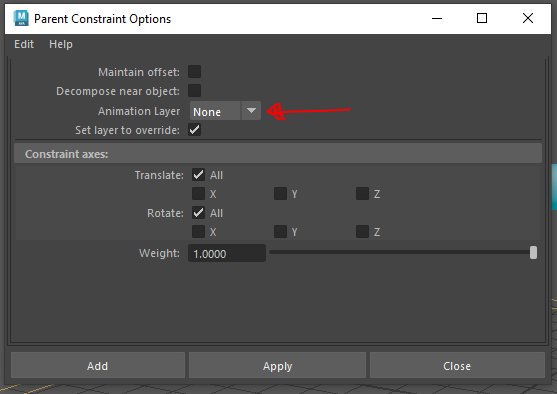 It can be an empty Animlayer to start out too… with nothing assigned to it. 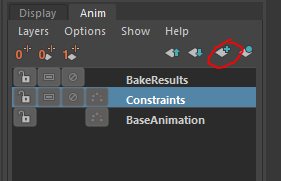 Continuing with the Sentinel v2.0 and getting it ready for August Challenge!

I don’t want to ever animate tentacles without RagDoll… such a powerful and versatile tool !

saty tune for more on the August Competition Post

I kept learning and testing this guy… ! step by step this guy eventually is gonna walk

This is a new progress of my series of tests to adjust and tweak the RagDoll set up.

in this test, the idea was to be able to control better the tentacles “less random Sim” and start doing some baby steps.
As the Fk chain is way to long the SIM becomes tricky to control… but here I go !

Just want to add a quick

, this looks really promising. Can you share more details on how you managed to achieve the stability of the tentacles? Is each individual shape a Marker? Are there any extra constraints? What are the solver settings, substeps and iterations?

I’ll have to fool around with tentacles next week, next to the cloth examples I’ll throw together as well. Tentacles especially was one of the more frequent requests when we demoed at Siggraph, they are never fun to animate by hand.

new motion test, stressing a bit the wave/turbulence and other settings… THIS GUY is ready to Dance for the August competition.

This is a quick playblast and plotted/recorded animation … but still is way too fast and jittery for what I have in mind… next pass of this project will be applied on the shot. with the proper speed and timing.

this is just for sharing!

Sharing a bit of the SetUp: (It might get long letter)

Each tentacle has extra attachment constraints, let’s say I did pretty much a RIG inside RAGDOLL set up …
On the first three joints/markers of the root and the three last joints/markers of the tip on each tentacle, I am using external markers with the collision OFF and with a switch attr to control them when I switch the tentacle to Dynamic or Kinematic .
These Three extra markers are using attach CNS (1 , 0.75 and 01) to make sure the end of it are nice and curve and avoide straight shapes.
This in a combination of air resistance/ stiffness per tentacle and a baking workflow, allowed me to control this long tentacle. (FYI each tentacle has 42 joints)

About the whole set up:

Maya RIG:
It is built with ATTR that controls some deformers connected with SDK and basic connection editor stuff (I don know and I do not do any scripting at all , so everything is hand-made).
Then on the Tip/ clamp One more control to add Spin / open /close / and also a couple of option of global spaces to decide what to use when it comes to refining the animation. Plus couple of cool ATTRS : Dynamic Joint and Free joint. With these two I can control and swap from Kinematic to Dinamic.

The head has also one Attach CNS that allows me to blend from Dynamic to Kinematic and by changing the stiffness I can make the head to follow the control or just the simulation. Once I like what I have, I bake, do the reverse CNS to align and transfer my controls and continue working.

this is the rough idea of what i did… BUT… once I finish August Competition, I will create and Video Demo to showcase the asset and share with all you .

Cheers and Thank you @marcus and @Jason
the power of RAGDOLL is really impressive and fun to work with .

This is looking really cool!! The tentacles are feeling nice and alive … was thinking, you could probably increase the pose stiffness for the markers near the claws to get a nice fall off connection feel rather then a hard bend after the claw connection. A fake Bézier curve feel.

Sharing some pick of the SetUp and RIG 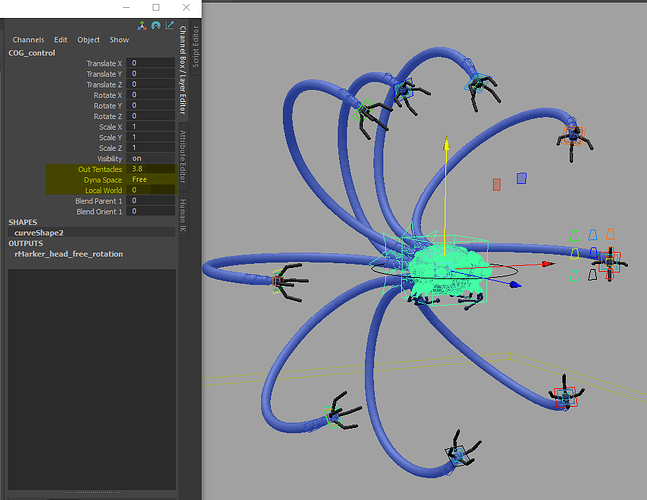 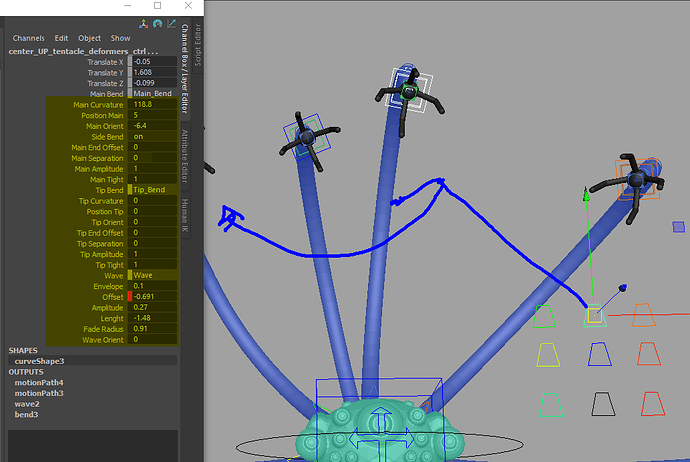 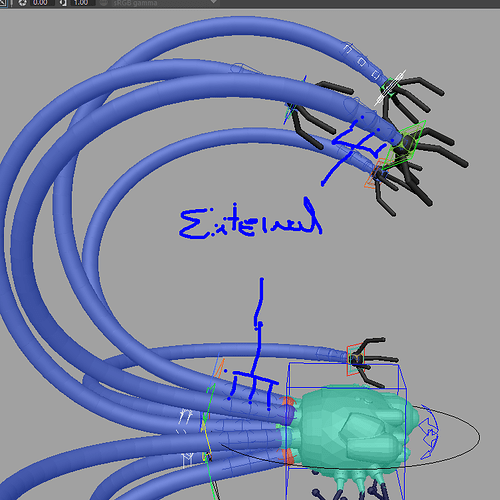