Could you kindly show a process of a fully dynamic cloth?
I managed to get it roughly there, but it won’t drape on all sides if its in an FK chain.

So in theory my head is to somehow distance constrain to each marker to one another, but also somehow weld them side by side so they wouldn’t break apart, but I don’t know if that’s the right thinking.

Essentially, I thought this would be very useful for having a cloth or rug being heavily thrown/influenced by an object or character, while still also having the power to go back to kinematic if we needed to change anything.

Posting my progress below

a) I started with FK based chain, making even the parented base joints dynamic, but the sides don’t fold like we’d expect

b) Tried web of constraints - weld and distance to hold the cloth somehow like this, but i might be completely in the wrong direction? Because the moment i try to make the one point holding it dynamic, everything explodes…

c) What we’d expect from a normal nCloth:

I was interested in trying to see if I could set this up, as I haven’t yet tried using ragdoll for cloth simming.

I created a joint hierarchy in the shape of an octopus, root in center, and 8 legs connected to the root, then make markers from them. 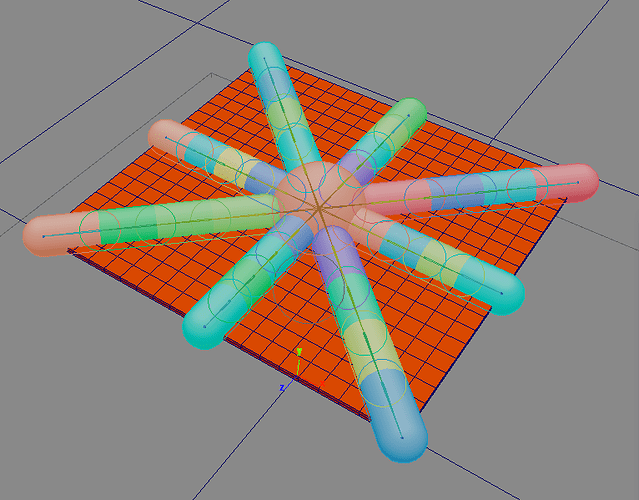 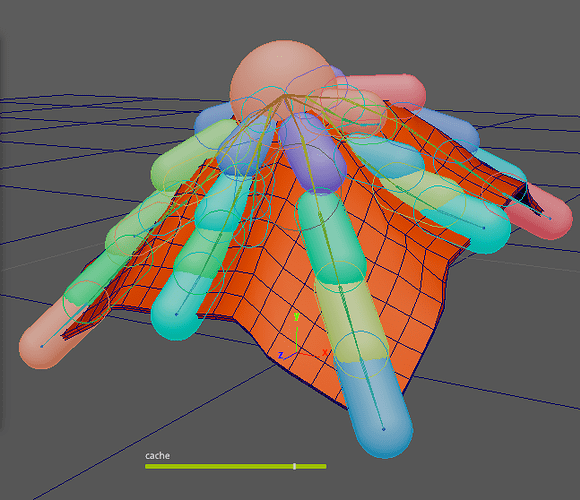 Making the markers match the cloth shape closer should give a better result.

Hey @boricuapab
I tried that and if we were to move that ball/obj below, i believe it won’t hold anymore since the pin is still from your middle joint?
Also I was hoping for something closer to my nCloth example in c)
Right now the latest looks a little too rigid…

Ragdoll doesn’t yet support native cloth, the closest you can get (that I’m aware of) is something along these lines.

Any tips or suggestions for cloth animation? Help

I was used search but was found nothing about cloth, like cape for example.