Hello guys, I was following the dragon tutorial from the start 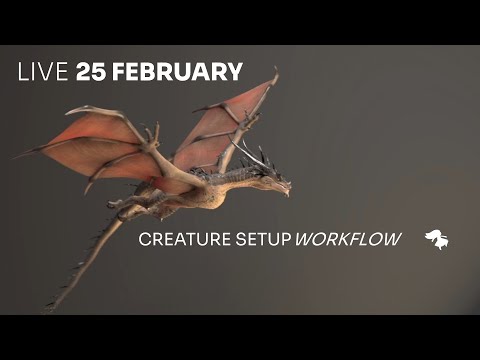 After selecting the FK controls for the spine/neck, I do get a very different result from the one in the video: 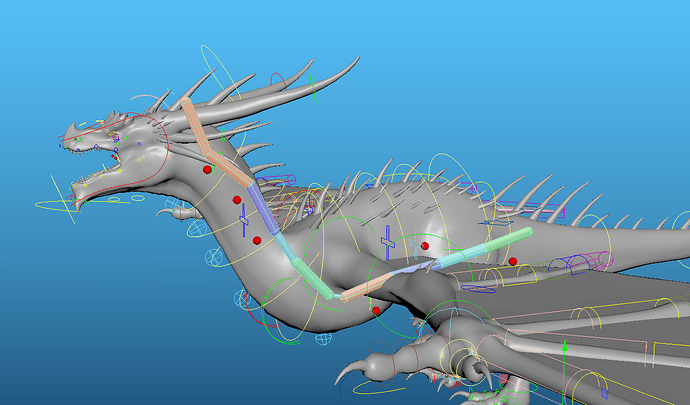 Of course I could have missed something, but I can’t tell what it is. Do you have similar results with the current version of ragdoll?

Hi @Morpai, thanks for sharing this. I can reproduce the different size on my machine also, I suspect it’s coming from an updated algorithm to detect the default sizes of things. I would also have expected the size to better match the large NURBS curves however, so I’ll investigate why this might have happened.

That said, these are only the default settings, which can be edited via the radius attribute, in either the Channel Box or Manipulator.

I put this one together, it’s for the upcoming release (today!) but is mostly valid for the current release as well. 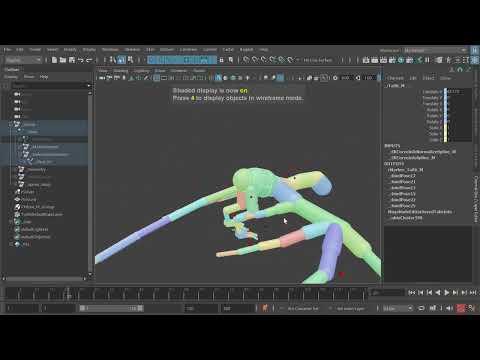 As for orienting/moving the capsules, I find that it’s easier to create a Locator, parent it under the target Node, connect it to the rotation/translation options of the Marker, and place it using Maya’s default translate and rotate manipulators, then disconnect it to set the position. Using worldOrientation for the Rotate tool is super useful when creating a precise setup.

Also, the displayType>mass was an eyeopener during the Live Demo. Definitely have a bunch of features I haven’t explored

parent it under the target Node, connect it to the rotation/translation options of the Marker, and place it using Maya’s default translate and rotate manipulators

Glad to hear it! It was designed and written by @davidlatwe. I hope it’ll help shed some light on art of retargeting. More details to some in the upcoming release notes.

I’ve got it on my list to expose the Maya manipulators from within the Ragdoll manipulator, you shouldn’t have to jump through all those hoops haha.

Hey Marcus thanks for the help. I went on following the next bits of the tutorial, but I got another doubt quite soon:

I was really careful to have the same capsules for each side, and when i did edit them with the manipulator, they were automatically mirroring the edit so I thought it was all fine.

However, when i test the ragdoll, as you can see, there’s a distinct bias over one side. Is this normal or is it caused by some misplaced capsule? I keep getting results that are quite different from what I see in the tutorial, and I really would like to understand what I do wrong.

Yes, that looks fine. It won’t be completely symmetrical, the solver cannot be considered physically accurate; only physically plausible.

Try increasing the solver iterations and substeps and you’ll get close to the “true” solution, which would be symmetrical if the masses are equal on both sides. In the tutorial, I also got a slight inaccuracy like this. It’s down to which side is processed first, which is up to the order in which you assign. If you assign again, in an identical manner, you’ll get an identical result. That’s as much precision as one can expect out of a real-time solver.

You can also try the Stable solver type, instead of the Strong. They’ll compute slightly different results, which may or may not be closer to what you want.