Is it possible to break the connection between two markers and key it on/off ? for example if I want a zombie’s/robot’s arm to fall off. In Unity’s ragdoll there’s “break force” and “break torque” that allows breaking. 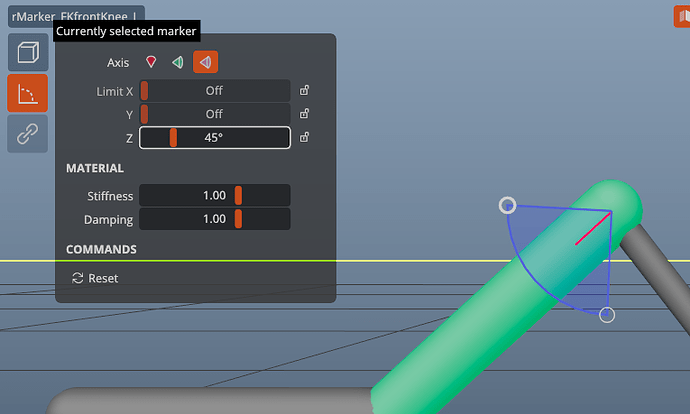 Hi Michael! welcome to the forums!

There’s no way to dynamically break a marker as of yet . For now making the Translate Motion to Soft . with a value 0 for Pose and Translate Stiffness . 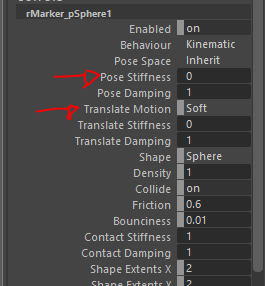 will cause the limb to fall off, animating the value from a higher value to zero will have the limb attached then fall off.

I’ve been looking forward to implementing these, but have been awaiting the “killer app” for it. Something to showcase the feature and make it clear why it exists. One of the drawbacks is that typical Maya rigs aren’t built to separate. They are typically jointed together and skinned. The one case where it does make sense is what Jason mentioned for soft joints, which mimics stretchy limbs, which can also be “abused” to stretch so much that they become detached. But it wouldn’t be based on any force, it’d still be manual keyframing.

If you are able to share your vision for breakable joints, perhaps there’s a killer app in there somewhere. Something to make it a worthwhile addition to Ragdoll overall.