Hey there, me again!

I wanted to create a drunken walk, and after browsing your doc I stumbled upon the locomotion / plan stuff which is super great, and although it’s not completely suited for bipedal, I immediately thought how well it would work for my walk.

However, when applied and after tweaking the limits (it took some time for me to get an okay result with an humanoid biped), the feet’s limits are moving during the walk: 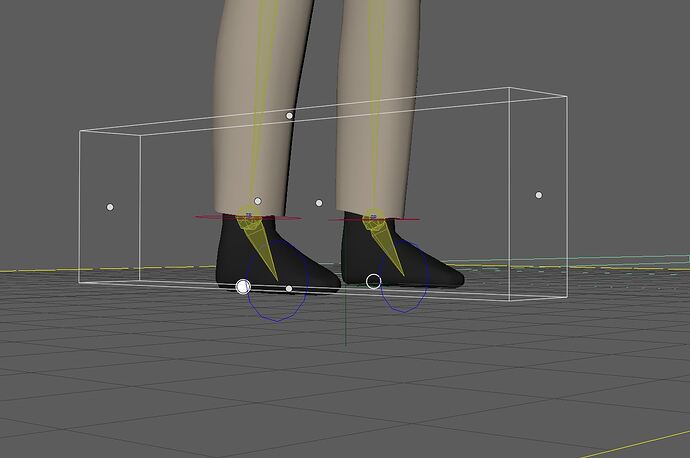 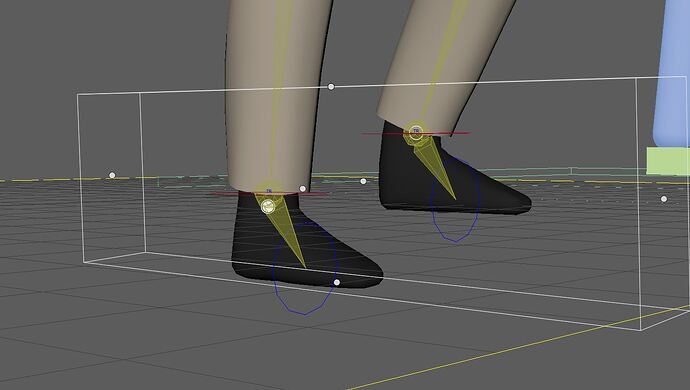 Resulting in a weird walk with the feet going through the ground; yet, they get back to the right height at the sim’s last frame. Is there something I missed during the setup?
(the feet’s limits in the screen aren’t up-to-date, my current result has bigger boxes to create a nicer movement where legs flex a bit; tried with a terrain assigned as well but it doesn’t seem to fix the issue)

Also, my char’s legs are IK so I retargeted the bones to the IK ctrls and set my ragdoll’s legs as kinematic to have them move while the upper body would have a degree of physics - sadly, it doesn’t seem to work: 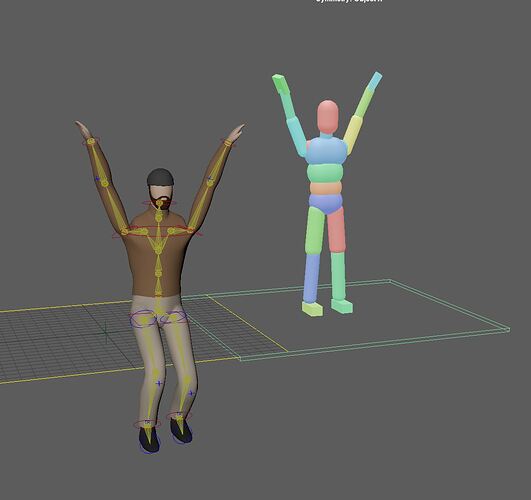 Is there a specific workflow when using locomotion + physics at the same time?
Thanks!

One think to keep in mind with Locomotion it will take the pivot position for the feet , if the pivot of the foot is at the ankle it would cause the foot to go through the ground - I have great results putting locomotion on locators and parenting pin constraints under those locators , try giving that a go

Here’s what is happening.

Notice how Locomotion snaps the feet to the ground? For this characters, and yours, the foot control isn’t actually on the ground. It’s slightly above it, at the ankle. Locomotion doesn’t like this, and it doesn’t maintain this offset.

Now the “controls” are the locators and they are on the ground. So we can assign a plan to these.

You’ll notice I also lower the body, because Locomotion will assume the feet are in the middle of their range of motion; that they can move equally far in every direction. By lowering the body, we give the legs room to move both towards and away from the body.

the feet’s limits are moving during the walk:

Is there a specific workflow when using locomotion + physics at the same time?

No they are independent. The output from Locomotion is akin to regular keyframed animation controls. It’s unclear what is happening in your screenshot, maybe you can attach a video?

HUGE thanks to both of you for these tips and detailed explanations! After inspecting my rig yesterday, I also noticed that the foot controls were a bit off, so I redid my rig from scratch (this time going in full FK) and tried a perpetual walk - although having a nice result, I’ll definitely give another try to the locomotion system with all of this in mind later today.

No they are independent. The output from Locomotion is akin to regular keyframed animation controls. It’s unclear what is happening in your screenshot, maybe you can attach a video?

Mmh that’s weird, my ragdoll didn’t seem to perceive the legs motion as keyframed. Let me do another try with the fixes above, and I’ll post a video of this issue if I still got it!

My money is on the Human IK rig you seem to be using. That whole system is a hot piece of garbage.

Ahahah you caught me there

! I thought I could try it out, thinking it was working as intended - good ol’ autodesk!